Booming Tourism In Istria: The Best Place For Your Real Estate Investment

Croatia is among the top EU countries by tourism results growth. And that makes the difference when making a real estate investment!

The country had recorded a substantial increase in the number of overnights stays in 2017, according to Eurostat (Statistical office of the European Union).

Last year 18.5 million tourists visited Croatia and generated 102 million overnight stays, which is an increase of 13% compared to 2016.

This amount of overnight stays generated 8.7 billion euros only in the first nine months of 2017.

Tourism Minister Gari Capelli said that Istria, central Dalmatia and Kvarner region recorded the highest turnover and that all continental regions saw increases in the volume of tourist trades, being the main tourists, Germans and Slovenians.

This year we expect a further increase in the volume of tourist trade of between five and seven percent, a rise in investment of about 15 percent, and a lot more air carrier and foreign tour operators’ programmes for Croatia

Many public and private companies are investing in different sectors in Croatia.

Infra-structure and real state investment are the ones increasing more.

Poslovni Dnevnik writes on the 29th of May, 2018 that an investment of  70 million euro in D-Marin marinas were made, being ten in Greece, Turkey and Croatia makes it the largest investment in the tourism sector in its history. 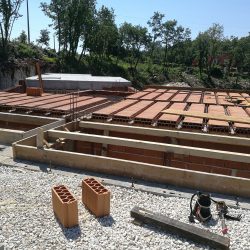 Tourism In Istria: New Record In May!
ByCandy Brick
No Comments

This site uses Akismet to reduce spam. Learn how your comment data is processed.

Categories
We use cookies to ensure that we give you the best experience on our website. If you continue to use this site we will assume that you are happy with it.OkPrivacy policy