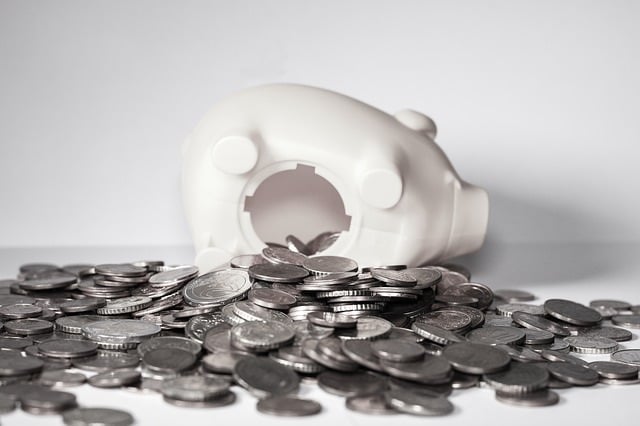 A huge loan designated to real estate Croatia is ahead, and coming from The World Bank Group. For the ones who don’t know The World Bank Group, it is nothing more nothing less than the world’s largest sources of funding and knowledge for developing countries. Their intention and commitment is to reduce poverty, increase shared prosperity, and promote sustainable development. And the Country now on their table is Croatia.

An incredible amount of 19.7 million euros to develop, ease and improve the Administration System Project. The advance is clearly on the days of waiting at  Land Registry Offices that decreased by 75% from 46 to 12 days, for mortgages and property transactions, and also on the Cadasters Offices, decreasing by around 33% from 30 to only 8 days. 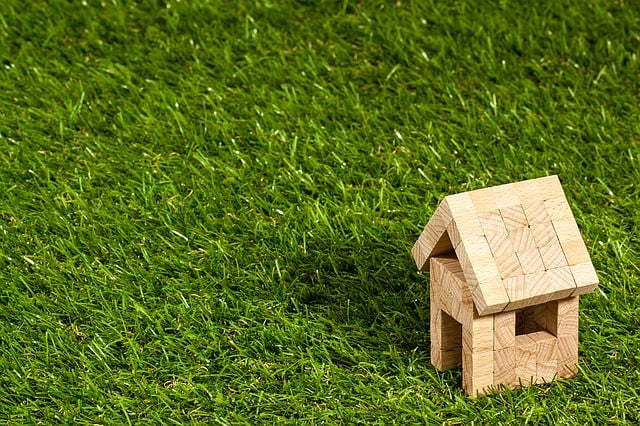 You will find that plenty of the real estate Croatia opportunities are located in the overcrowded cities. And, if you have done some initial research on real estate investment opportunities, you will most definitely have heard of Njuškalo, the main and most known portal in Croatia.

This month, Njuškalo held a conference in Zagreb which the subjects approached were tourism, being the main industry in the country, combined with real estate investing. Together they have created a market with huge potential and definitely worthy of investing in.

During the conference, Robert Pakrovac, from Estre, one of the top banks in Croatia, said “ We’re an open book on which other sectors such as tourism, and ultimately the retirement of people in Croatia, lean on”

It is common to find real estate prices in overcrowded areas higher than in other locations. Due to the simple fact that there is more demand for these real estates. This is because many of these areas are popular destinations for both tourists and first time buyers who are less knowledgeable on Croatia and the real estate market.

However, recently more and more tourist and first time buyers are looking away from these popular areas and are in search for authenticity, privacy and unique experiences. These can be found in the lesser known regions of Croatia. 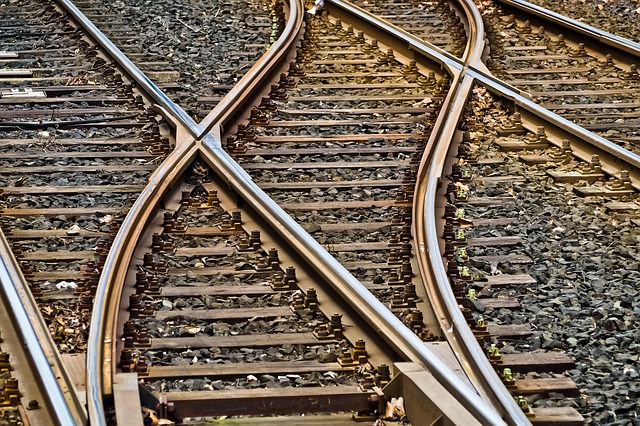 Croatia country has become a popular holiday destination in Europe. The climate, gastronomy and landscapes attract more and more visitors each year and for that, developments are necessary to keep this figure increasing.

Gari Cappelli, the minister of Tourism of the Republic of Croatia since October 2016, said: “ The achieved results of tourist traffic during the extended weekend mark the beggining of a good tourist year in Croatia. This year, we expect a billion euros of investment in tourism, through which, realisation, in addintion to the increase of traffic, will enable us to continue with the revenue growth that we generate from  tourism, which is extremely important for the further developments of destinations”

Return on Investment: Taxation in Croatia

Don’t be mistaken. Tax in Croatia isn’t like it is in a haven such as the Cayman Islands. It can be quite high. However, this won’t be the case with your Candy Brick investment property that gives you a high return on investment.

If you purchase your villa as a natural person you will have to pay VAT which in Croatia is 25%. This would be an additional €87,500 which you wouldn’t be able to claim back.

That is why we recommend you open a private limited company in Croatia (d.o.o.).

This is more advantageous as you can claim your VAT back in 30 days! If you can’t cover this amount for the 30 days, we can offer you an interest free loan to cover it.

Considering that Croatia has around 300 sunny days per year, the potential for solar energy generation here is massive. That’s why your Candy Brick villa comes pre-installed with photovoltaics and solar thermal water heating. So your villa will generate enough energy to cover it’s electricity need.

You can classify the types of solar energy in two systems:

Both systems generate direct current (DC) energy and then convert it to usable alternating current (AC) energy with the help of a power inverter. AC energy then flows through the home’s electricity panel, distributing energy accordingly.

What will these system supply electricity to?

Well, apart from providing the electricity to charge your phone, laptop, or maybe even your Rimac Concept One electric car. The solar energy systems on your investment villa will also provide the heating for your water. As a result the underlay of pipes of water placed below the flooring will provide you with spectacular underfloor heating.

These systems will also supply energy to other applications implemented in your investment villa:

The cost of electricity bills coming from old and polluting sources can be quite a burden on the pocket, as well as for the environment. Opting for an innovative and clean way to generate energy is the only way to reduce or even extinguish this cost completely.

So, thanks to these innovative systems producing enough energy for your investment villa to be completely self-sufficient, you will get the best return on your investment.

Can this get any better? Yes, it can!

Any excess electricity your solar systems produce that is not used, can be sold back to the grid to make you an extra income. Consider, in particular, the times when you will not be enjoying your investment villa or it is not rented out to guest. It will be generating you an extra income. This could be between €3-4 a day! In the future, your income could increase up to 10x should the government reintroduce feed-in-tariffs

The Istrian Y motorway is responsible for the connection of Istria with international motorways.

Istria attracts a great amount of tourists that decide to visit the country. Investments in Croatia and improvements easing the access to the region, are extremely important for the overall picture.

The extension of the concession to Bina-Istra until 2032 was notified by Croatia to European Commission in March this year.

“The European Commission has approved under EU State aid rules a Croatian plan to prolong the Istrian Y motorway concession agreement between Croatia and the company Bina-Istra.

This will allow €165 million of new investments to go ahead, while limiting distortions of competition.”

“The prolongation of the Croatian Y motorway concession will promote regional growth and investment, as well as enhancing citizens’ safety and reducing congestion.

Our decision will ensure that the motorway extension can be built, while limiting any potential distortions of competition.”

The project meets EU State requirements of infrastructure investments to stimulate regional economic growth, and facilitates the traffic, not only for locals but for tourists that are willing to visit the peninsula.

This concession will permit Bina-Istra to finance the works of a 28 km long, second carriageway on the north-eastern side of the motorway.

Investments in Croatia and especially in the Istrian region are always very welcome.

The improvement of the motorway eases the access for tourists to reach, affecting the infrastructure developments in the peninsula.

Since 2000 the increase of traffic in the region has been notable. As guests are mainly arriving by car, this change will directly benefit them.

Better roads and easier access, motivates and attracts more people to come back to visit the region, and spend money in the area.

Bina-Istra has also interest on financing local roads for the towns of Višnjan, Vodnjan, Pula and Pomer, encouraging companies to relocate, base their factories and their businesses from the capital to Istria.

How does it affect your investment in Croatia?

The infrastructure developments on the surroundings, only increases the value of your investment property in Croatia.

This kind of investment improves not only the access. With the access more traffic comes along, meaning more tourists spending their holidays in the region.

Before you search for villa for sale in Croatia, listen to the interview with Deni Tomisic – an expert geodesist from Istria.

You really don’t want to be in a place of a real estate investor, who is buying an investment property abroad, in Croatia, without checking first the land issues!

You should get now a chill up your spine. Brrrr…

Checking aspects connected with the land seems obvious when… buying a land.

However, it doesn’t sound so self-evident, when going through houses for sale in Croatia with a fine-tooth comb.

And in fact, many investors, once they see how much they can make yearly from renting out the villa to tourists, they don’t analyse much more.

The moment when your eyes feel like 2 bling-bling dollars  is time to take a breath and make a couple of questions.

Start from making sure that the geodesist, who was involved in the construction of the villa that you want to buy and let out in Croatia, is an expert, who really knows his job.

With support of an expert geodesist question marks will quickly disappear and you will be sure what is an interesting investment property and what is definitely not.

Interview with Deni Tomisic – an expert geodesist from Istria Croatia

In the first episode of Candy Brick Podcast – the first podcast about real estate investing in Croatia – you will meet Deni Tomisic (ABAKA d.o.o., Rovigno in Istria Croatia).

Deni Tomisic can’t count the number of cases that he solved successfully for real estate investors in Croatia.

In the podcast he shares most difficult cases and proves that with expertise and good preparation every goal can be met.

Technical aspects of geodesy, the reasons why every investment project in Croatia must be supported by an expert geodesist, problems of investors who search for villa for sale in Croatia, business opportunities, practical tips – all this you’ll find in this episode!

If you are interested in having a property in Croatia that you rent out to tourists and benefit from rental income, you really need to listen to interview with Deni Tomisic.

What are the topics of the podcast with Deni Tomisic?

Play the audio below and listen to the podcast

Download Brochures
Are you planning to invest in real estate in Croatia? Contact us
Pusta 5/A, Rovinj, Croatia
Hotline: +385 97 708 7990
info@candybrick.com